Return to play programs are designed to aid a smooth transition back to the athlete’s previous level of competition. 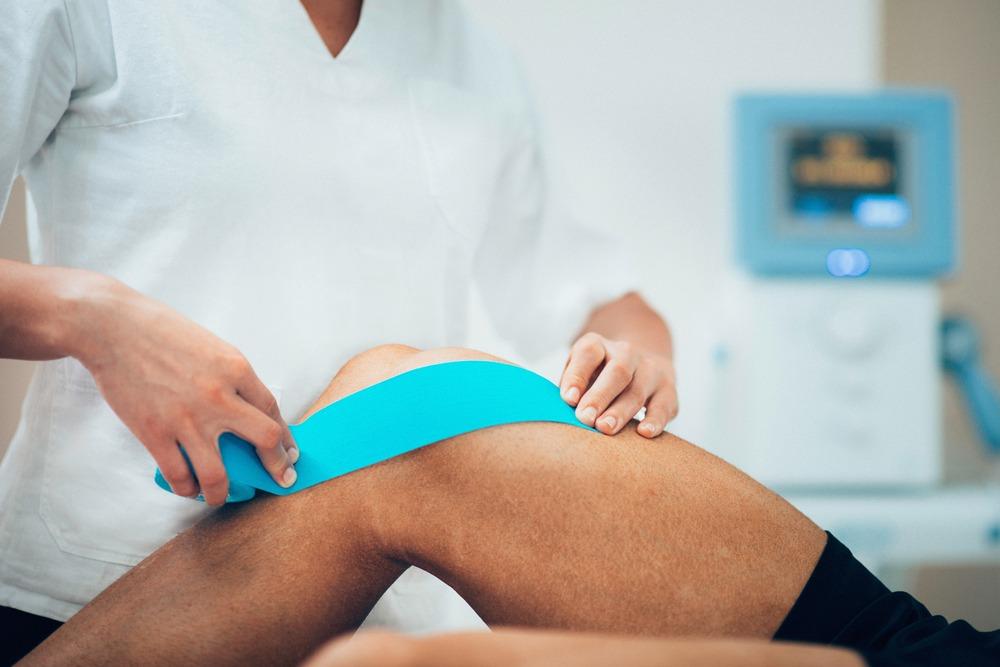 The Kinesio Taping Method is designed to facilitate the body’s natural healing process while allowing support and stability to muscles and joints without restricting the body’s range of motion. It is used to successfully treat a variety of orthopedic, neuromuscular, neurological and medical conditions. Both Kinesio® Tex Tape and the training protocol have shown results that would have been unheard of using older methods and materials.

In the mid-1970s, Dr. Kenzo Kase was already a well-known practitioner licensed in chiropractic and acupuncture in the US and Japan. He developed the tape, which has a texture and elasticity very close to living human skin, in response to limitations he encountered working with rigid sports taping methods on his own patients.

He had become familiar with a cryotherapy treatment for arthritis that utilized tape to adjust joint distortion. In Western medicine the presumption had been that once a joint is in a certain shape that cannot be changed. He was intrigued by the possibilities that this treatment could remediate the distortion.

To develop such a modality, he ordered supplies of the different athletic tapes that were available at that time. None of them gave him the results he was looking for. By trial and error, he realized that the source of the complaint was actually in the muscle, not in the joint or in the bone. To stabilize the joint he saw that it was more effective to tape around the muscle to achieve joint correction. The tapes that he was able to obtain were rigid, designed to immobilize the joint.

In cases of injury or overuse, the muscle loses its elasticity. Dr. Kase needed to develop a tape that would have the same elasticity as healthy human muscle. He knew from his practice that the tape would also need to stay on the skin where it was applied. He spent two years doing a lot of research relating to elasticity, adhesives and breathability.

Finally, he came up with a tape that possessed the proper degree of elasticity, and that lifts the skin microscopically. Kinesio® Tex Tape was invented. Dr. Kase coined the unique name “Kinesio” in reference to the body movement of kinesiology and kinesthesis.

Kinesio® Tex Tape is used to

Dr. Kase continues to work closely with Kinesio® distributors throughout the world as well as with Kinesio Taping® Association International (KTAI) and its members. Kinesio® USA and KTAI continue to maintain Dr. Kase’s high standards of care and to track new and increasingly effective uses for the taping method.

We use cookies on our website to give you the most relevant experience by remembering your preferences and repeat visits. By clicking “Accept All”, you consent to the use of ALL the cookies. However, you may visit "Cookie Settings" to provide a controlled consent.
Read MoreAccept All
Manage consent

This website uses cookies to improve your experience while you navigate through the website. Out of these, the cookies that are categorized as necessary are stored on your browser as they are essential for the working of basic functionalities of the website. We also use third-party cookies that help us analyze and understand how you use this website. These cookies will be stored in your browser only with your consent. You also have the option to opt-out of these cookies. But opting out of some of these cookies may affect your browsing experience.
Necessary Always Enabled
Necessary cookies are absolutely essential for the website to function properly. This category only includes cookies that ensures basic functionalities and security features of the website. These cookies do not store any personal information.
Non-necessary
Any cookies that may not be particularly necessary for the website to function and is used specifically to collect user personal data via analytics, ads, other embedded contents are termed as non-necessary cookies. It is mandatory to procure user consent prior to running these cookies on your website.
SAVE & ACCEPT